Fifteen competitors from six countries arrived on Friday April 15th to open the ISSA World Series Season in Fano Italy. Training started on Friday from 4000 metres to fly as fast as possible toward Fano DZ which is situated along the beautiful Italian Adriatic coastline. Many thanks to Turbolenza Daniele Fraternali who made this event possible the third time in a row. Chief Judge Arnold Hohenegger used the official trainingsday to start a national judge trainings course for Speed Skydiving. Three italian judges joined that course to achieve a national judge rating in this new fast growing discipline. After having a great espresso the competition startet early on Saturday morning. Five rounds can be completed on the first competition day. On Saturday evenining the day was finished with a great dinner, good italian wine and a lot of fun. On Sunday the weather was still perfect. In the early afternoon the competition ended with a premiere: missing the top three 2015 World Series athlethes the Austrian Connection took the chance and concered the whole podium. The ISSA thanks the staff at Fano Dropzone and everyone involved in making this competition possible! 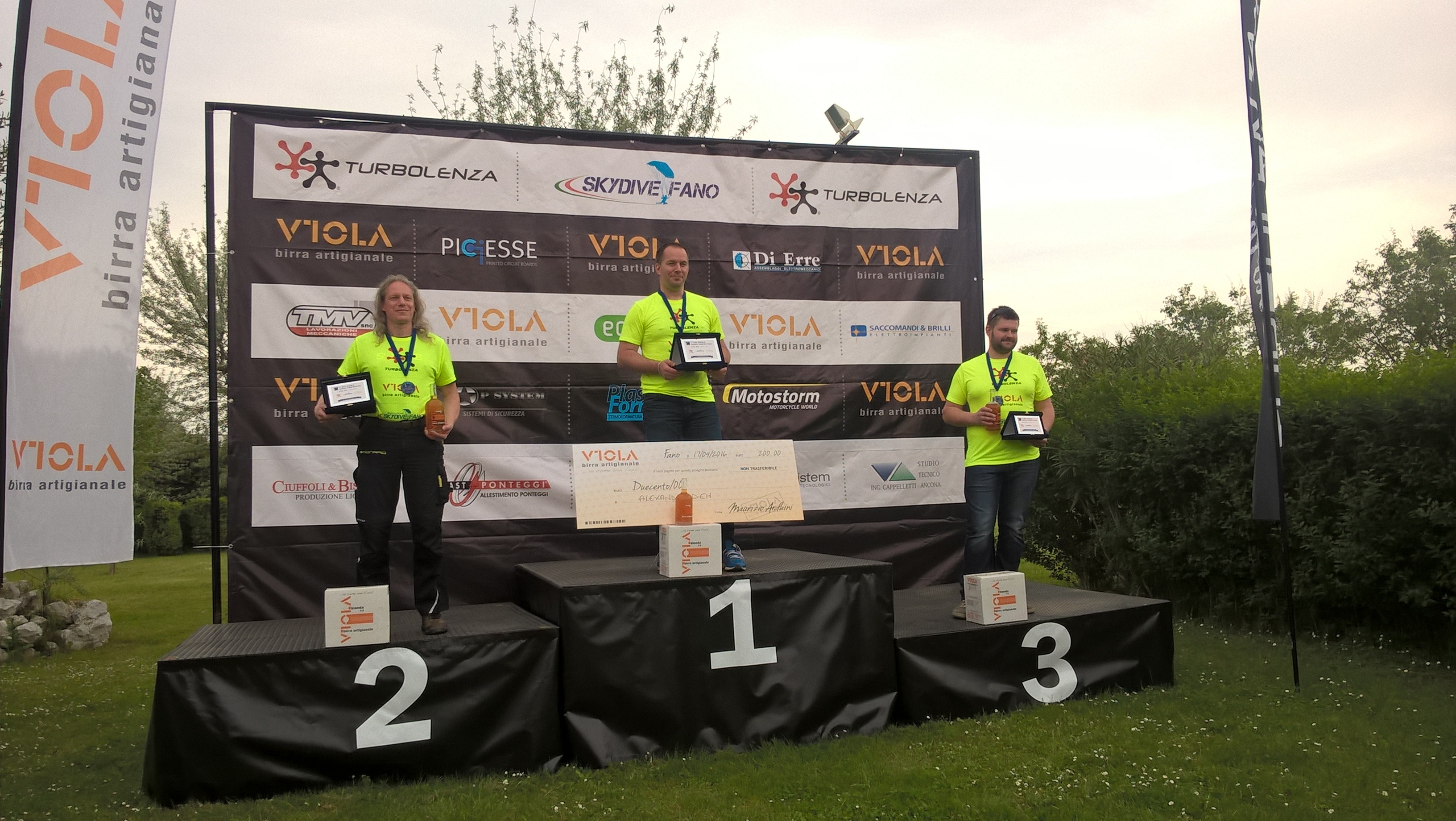 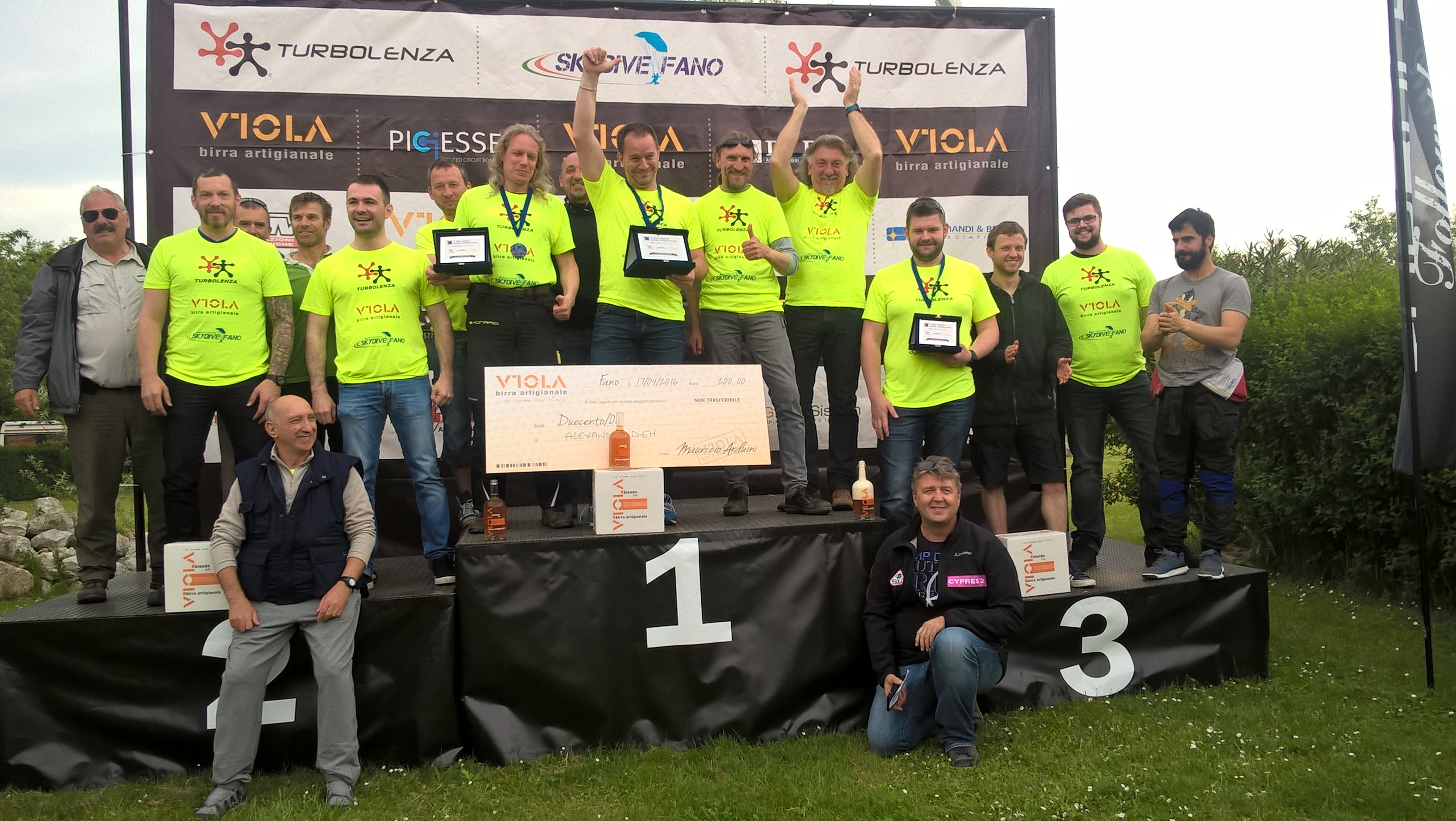