Christian Labhart from Switzerland won the 2nd ISSA Speed Skydiving Event 2011 in Locarno (SUI). The event was hosted by Paracentro Locarno and organized in a perfect manner by Markus "Füge" Fuchs. Many thanks from all competitors to the sponsor, especially to the main sponsors Martin and Larsen & Brusgaard.

Comment of Moritz Friess: I just would have liked to give a big "THANKS!" to the organiser. Markus "Függe" Fuchs, you did an outstanding job! Organisation was great! Would come again any time!

Answer of Füge: I have to say thanks.Thanks from me, the team blue.up and the people from the dropzone. The paracentro gang was also realy happy with the friendly speeders. And a special thanks to Arnold and Anette for doing the downloads. I asket Martin, one of my main sponsor, what he think about organizing a competition next year: he is interested! Thanks Füge 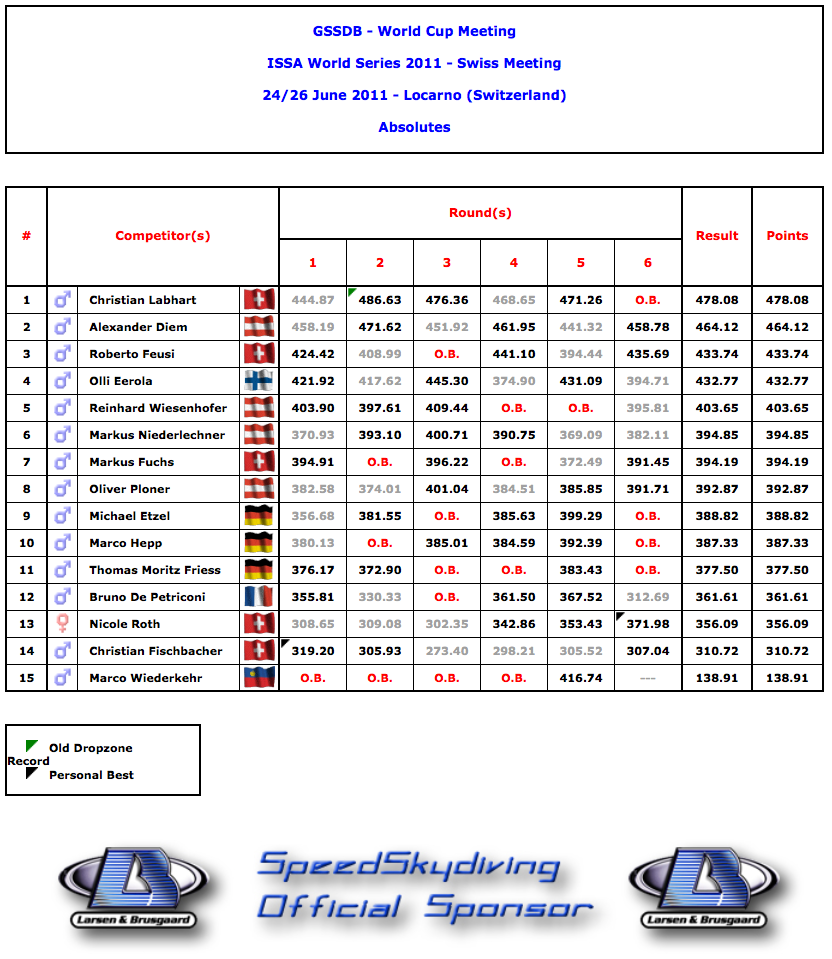