Because of low level clouds, only 3 jumps where possible on saturday. Marco Wiederkehr (LIE) increases his own world record to 515.21 km/h avarege speed.But did also two O.B. jumps and was therefore not on the podium.

On sunday morning perfect weather conditions, all competitors and the organizers where ready to finish the last three rounds. Then the bad news: the italian air traffic control closed the north italian airspace for all turbine engine aircrafts, in cause of potential ash contamination starting from the icelandic volcano. The competition had to be ended after three rounds.

Many thanks to Armando and his team for organizing this event. You did a great job. Also many thanks to the sponsors, especially Larsen & Brusgaard! 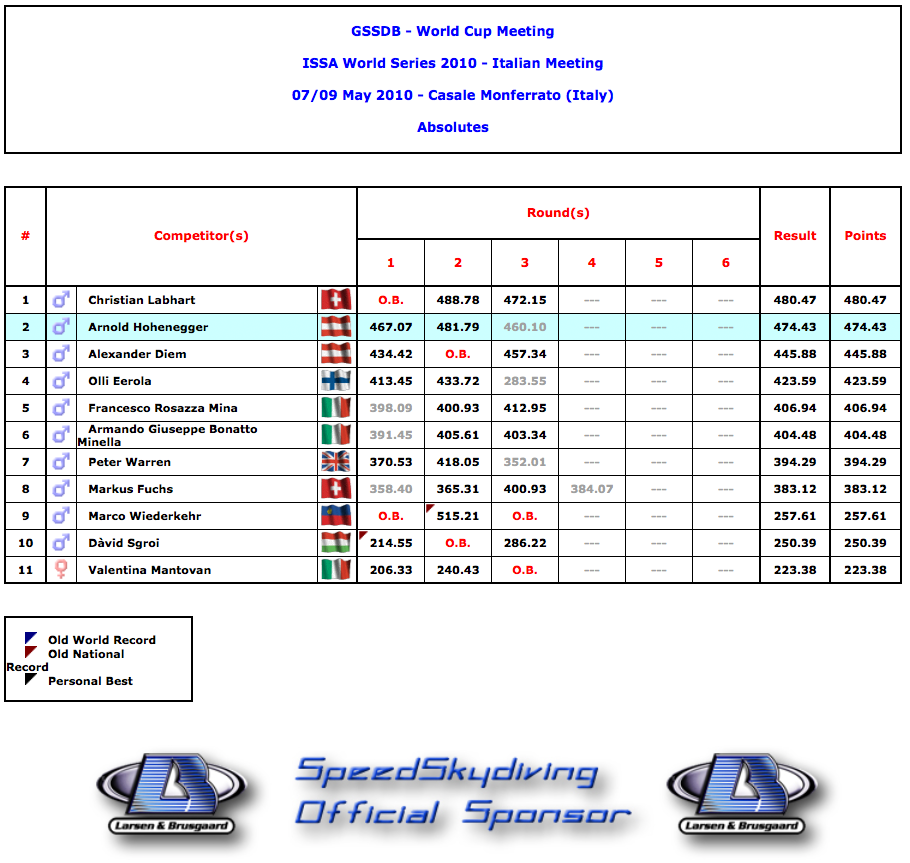