A short report about the 2nd ISSA World Cup event 2009 in Triengen (SUI):

"... go for 500 kmh ... that was the motto of this event. One guy followed this motto in a great way: Marco Wiederkehr broke the world record twice. On his first jump he pushed the record to 506.36 kmh and in the second round he wrecked his own record with 511.63 kmh ! CONGRATULATIONS Marco for this fabulous record "

Because of the bad weather on saturday morning and sunday morning only four rounds of six could be completed. So Marco Widerkehr collected an additional record: he is the first competitor ever, who reached a meetresult higher than 500.

Many thanks to Christian Labhart and his great team for organizing this event. Also many thanks to all sponsors, especially to Larsen and Brusgaard ! 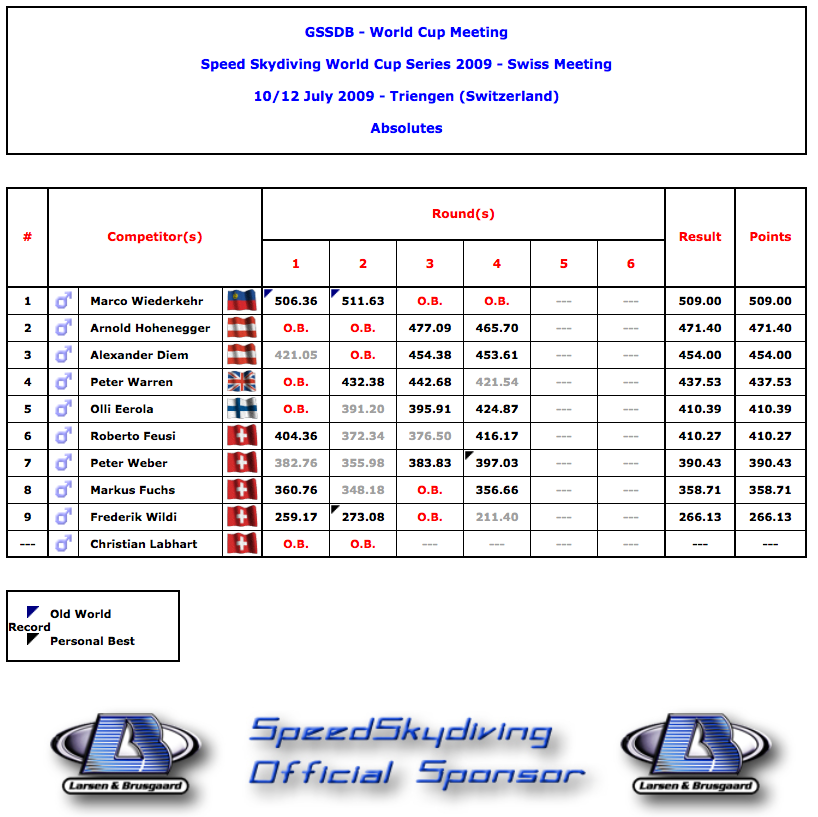