"... saturday morning low level clouds, and no jumping was possible. At noon blue skies and high humidity - the competiton starts. Till 7 o'clock p.m. four rounds was done. After the first day Arnold Hohenegger was in lead, Olli Eerola second and Marco Wiederkerh third.

On sunday the competition were completed by the last two rounds. At his last jump, Marco Wiederkehr from Liechtenstein did the fastest jump of the competition (464 km/h) but he missed the 1st place by 0.3 km/h. Congratultions to Arnold Hohenegger from Austria for winning his first single world cup event ..." 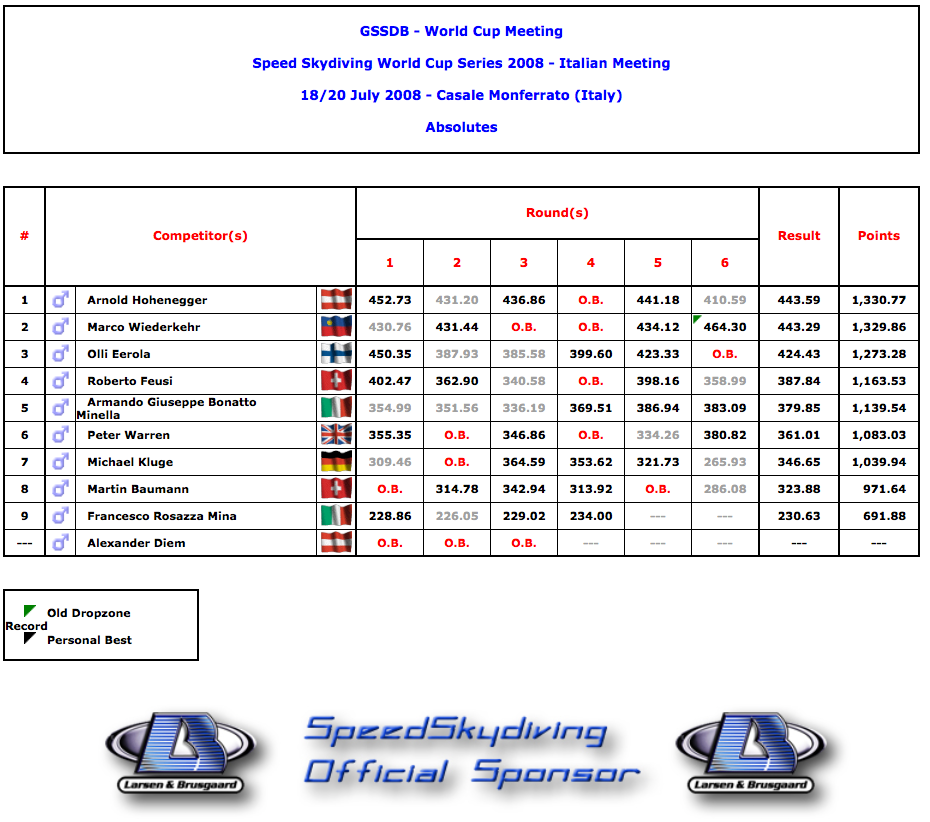