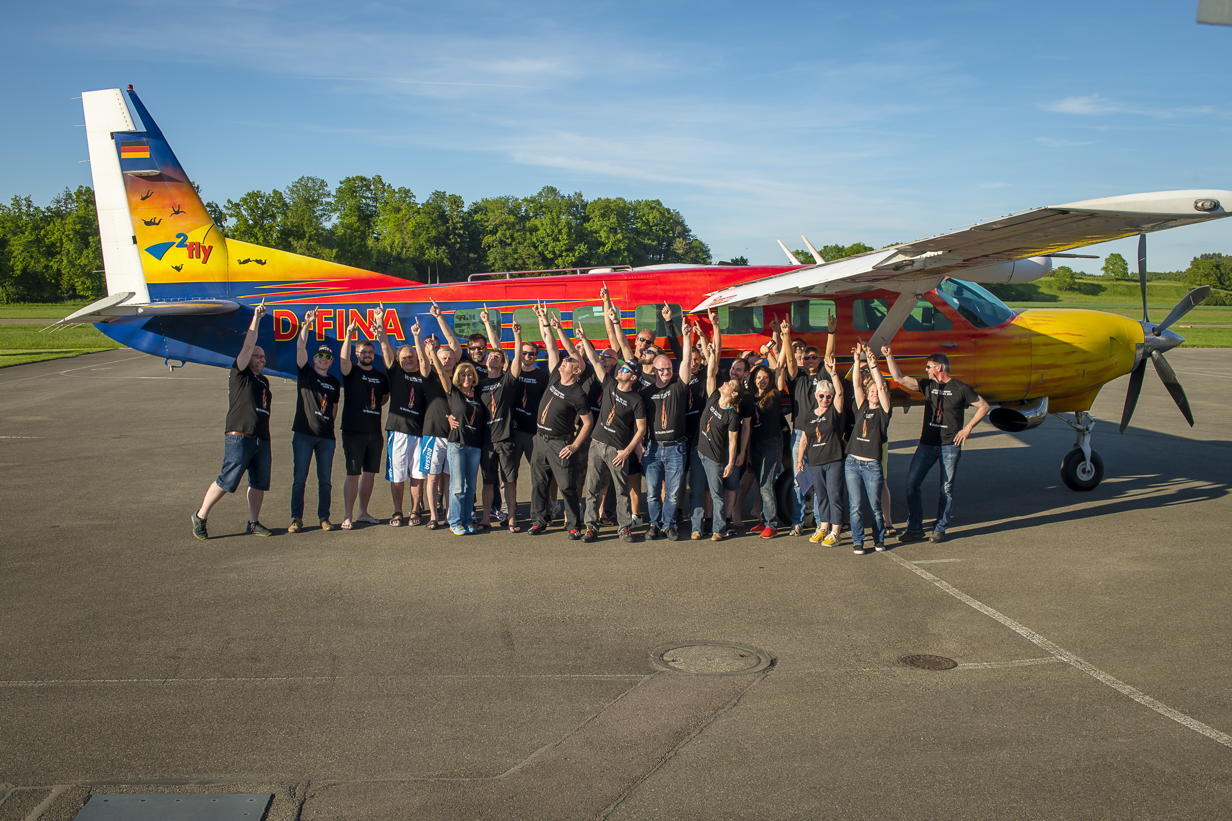 From the 30.05. until the 01.06.2019, Skydive Saulgau had the fastest rendezvous of the year. The German Speed ​​Skydiving Championships took place in perfect conditions in the south of the country. A total of 24 participants from 10 nations competed in the fastest non-motorized sport in the world, as part of the ISSA Speed ​​Skydiving World Series. In addition, the prestigious Tim Mace Cup was awarded to the fastest speed skydiver. Gerda Klosterman-Mace donated a hand-forged cup.

This year four newcomers, joined the fastest Speedskydivers of the world, and they all achieved great results. Michael Eberhardt, Philipp Hock and Montana Miller were only beaten by local hero Toni Schmidt. With a meetresult of 411.74 km/h and a personal best of 431.08 km/h for the best jump, he secured the prize for the fastest newcomer. This year, Lucy Lippold (FSC Remscheid), secured the national titel in the women classification before Gerda Klostermann-Mace. In the men race, Matthias Kraft prevailed ahead of Toni Schmidt and secured the 3rd place.

The title went to Marco Hepp (FSC-Schwaben) in front of Moritz Friess (FSC Remscheid).In Round 8 he managed to fly a new German record of 493.35 km/h (current world best performance according to the new 2019 rules !!). His final meetresult of 488.33 km/h could not be top by any other competitor, and resulted in winning the open classification as well. The further podium had to be decided in the last round. Belgiums Luc Maison outperformed Swedens Henrik Reimer with an outstanding performance.

The fastest women in the international classification was Mascia Ferri (ITA) before Lucy Lippold (GER) and Montana Miller (USA). In order to run such a competition successfuly, it required a perfect team. Our judges Tamara Hoffmann, Gundel Klement and Holger Enderlin, under the control of Meet Director Stefanie Hipp, did a great job. In the end, the numerous records and personal bests were celebrated until the morning hours with live music.